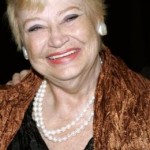 Mary Travers died this week from complications of leukemia.

As I write my way through history, I find myself thinking: That king only reigned for forty years and was only remembered for a hundred years after his death. The stories of that writer only captured the public imagination for two generations, and then were forgotten. They don’t need to go into the history.

But that’s a weird and somewhat distorted perspective, pushed out of shape by the need to distill hundreds of years into clarity. Here’s a slightly more realistic way to view Mary Travers’s life: how many of us will create something that enters into and shapes the imaginations of generations that come behind us? When I write history, I find myself digging out details and stories again and again from great sweeping narratives that were written in the 1950s, the 1920s, the 1890s, the 1870s….histories that were enormous best-sellers in their decade and that are no longer read, no longer remembered. To create a set of words, sung or written, that lasts more than one generation is an enormous accomplishment.

To do so with humility is an even greater achievement. Two years ago, Peter, Paul and Mary came through southeastern Virginia on their final tour, and we bought tickets and took the whole family to see them. I figured then that this would be our last chance. My youngest child was six; she sat up on the back of her seat and yelled, “Puff, the Magic Dragon!” when they started singing. Mary was still recovering from her latest round of chemotherapy. She told us that she had just gone through a bone marrow transplant from a donor who had elected to remain anonymous until the treatment was finished. “Suddenly I thought to myself,” she said, “what if my donor is…a Republican??” (Huge shout of amusement from all the once-upon-a-time hippies in the audience.) “And then I met her. And she was! And she was lovely! And we got to be good friends!” And then she leaned forward and laughed at herself. And then they sang “Where Have All the Flowers Gone,” and we all sang along.