I had word from Norton’s foreign rights department this week that THE HISTORY OF THE ANCIENT WORLD has now been sold to three foreign publishers. This week’s offers came from Prozorets of Bulgaria and Paidos of Spain.

I REALLY wish I could read Bulgarian.

These aren’t my first foreign sales. The Korean publisher Theory & Praxis bought translations rights to the entire series before the book even came out. In fact, my chldren’s series The Story of the World has been available in Korean for several years. Our Korean partner does a BEAUTIFUL job with the books–here’s Ancient Times,

and here’s a look at the inside. 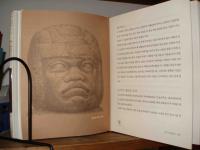 It’s slightly embarassing to admit that their production values are much higher than ours. The Story of the World will also be out in Chinese at some point; the rights have sold, but the translation takes quite a bit of time.

Last year, I also got a package in the mail with Dutch postmarks…and opened it to find a Dutch version of my second novel, THOUGH THE DARKNESS HIDE THEE. 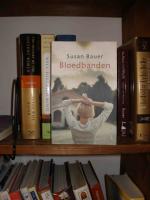 This was unexpected because, although I’d signed some papers my agent sent along, for some reason it hadn’t registered that the book was actually being translated. The most fun was opening it up and seeing a map of where I live (the book is set in my home county)….in Dutch.

After seeing it I went back and dug out a copy of the original. Funny thing about my books…I never go back and reread them, once they’re published (not unless I’m revising, or need to look up a recommendation, or am preparing a talk). Up until the point they come out in print, I read and read again and tinker and polish; I practically dream about them. After I look through that first author’s copy, the book is like an old boyfriend. I can remember being interested in it, but it doesn’t have any hold over me any more.

Anyway, foreign rights add a bit of prestige…and the money paid over for foreign rights is “passed through,” which means it comes directly to the author instead of being applied to the advance. Not that there’s a whole lot of money involved, especially since Norton gets something like half of it (I’d have to pull my contract out to be sure). But enough to buy shoes.

Shoes for me, that is, not the kids.