It was a very well-organized conference, despite the fact that there was NO CARPET ON THE FLOOR IN THE EXHIBIT HALL, which means that after standing for two days I had to down enough Advil to sear my liver. Concrete is death on your feet and legs. 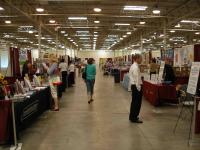 (I snappd this picture of one of the aisle before the hall before it opened to exhibitors.)

And my workshops were filled with very friendly listeners. 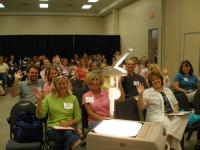 Although you wouldn’t know that from the lineup at some state conventions.

Anyway, I found the conference organizers charming and efficient, the attendees friendly, and the floor extremely hard. Now I’m home again, getting back to my grassroots life. 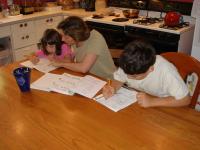