On various fronts, it has been a bothering sort of week.

Those of you who are VERY alert may notice that the publication date on the History of the Ancient World has changed, on the various bookseller websites that already list it, from Feb. 28 to Mar. 26 of 2007. Norton has decided that the production challenges of putting out such a huge book dictate an extra month of production time.

Furthermore, for reasons having to do with layout and theme, publication of my review-essay on John Stackhouseâ€™s Finally Feminist has been delayed until the January/February issue of Books and Culture.

AND I havenâ€™t yet gotten my dissertation revisions from my committee. So itâ€™s still sitting here untouched on my desk. However…count yourself lucky, because you now get to follow the process of academic publishing from the beginning–yea, witness the very genesis of an academic title.

When I finished the draft, I sent it off to the religion editor of a well-known university press (I met him a couple of years ago, and he asked to see it when it was finished). Weâ€™ll call him Editor X, at Anonymous Prestigious University Press, since I donâ€™t have a signed contract in hand.

Editor X wrote me back, saying that the dissertation had the makings of an excellent academic title, should I be interested in revising it for publication. (Dissertations always need revising for publication, mostly because the format of a dissertation is not designed to keep a reader interested. Or awake, come to that.) I said that I would; Iâ€™d like to have a title published by a university press on my resume.

First, though, I had to get permission from my editor at Norton to publish with another press. Norton has first refusal rights on my next nonfiction work. Technically, in fact, Norton doesnâ€™t even have to LOOK at anything else I write until all four volumes of the History of the World are finished; I have in essence signed my nonfiction-writing future away to them for the next eight years. (This doesnâ€™t include any titles I might write for Peace Hill Press; my agent put in a clause exempting PHP books from the restriction. I wouldnâ€™t have thought of that. Which is why I have an agent.)

Should Norton refuse to look at the dissertation, it would just sit in limbo until 2012, since I canâ€™t legally submit it to anyone else until they formally decline to publish. Some publishing companies actually are obstreperous enough to behave in this way. Norton is not one of them. My editor, the brilliant and accommodating Starling Lawrence, took a quick look through it and agreed that it would be a better academic title than trade book.

Armed with his written pass, I told Editor X that we could proceed. He then sent me a detailed list of revisions which would need to be made to the manuscript.

Even after I make the revisions, though, Editor X doesnâ€™t get the final word. He has to send the manuscript out to three (or so) selected academic experts, called â€œreaders.â€ The readers have to agree that Iâ€™ve made my argument convincingly before Anonymous Prestigious University Press can send me a contract. This is called â€œpeer review.â€ Unlike a commercial publisher, a university press canâ€™t just publish a book that SOUNDS well-reasoned. It has to be approved AS well-reasoned by others in the profession. Which is why a university-press title has prestige, on your resume. It says that youâ€™ve convinced your colleagues that youâ€™re a sound thinker. (Or at least that youâ€™re thinking the way theyâ€™re thinking. Which is not, I realize, exactly the same thing.)

Anyway, I can start on the revisions for Editor X at any point. Iâ€™ve been waiting to hear back from my W&M committee about revisions that THEY might like, hoping (vainly) that the two sets of revisions might, possibly, dovetail.

But I havenâ€™t been able to get responses yet. For various reasons, all beyond my control. Delays, delays…. 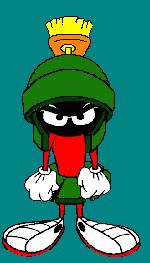 So I may just have to start revising for Editor X, and hope desperately that the committee revisions are more or less in the same ballpark.

See, this is the problem with being a writer. You spend half your time working frantically to meet deadlines, and the other half of your time fretting about the HUGE time lapse between your deadlines and any actual appearance of your work in print. Publishing is all about EXTREMELY delayed gratification. This puts a horrendous strain on your maturity, which is why writers eat too much chocolate, or drink too much, or otherwise engage in unhelpful but immediately satisfying behavior.

Blogging, by contrast, is the quick-and-temporary fix. Immediately satisfying but a little short on staying power. Blogging is to writing as sugar is to steak. Blogging is to….

Well, supply your own analogy. Iâ€™d write a few more, but now I have to go back to categorizing the Germanic tribes that were hanging around the Rhine in the fourth century, a task which I will be rewarded for when Volume II makes its appearance, sometime in 2009. 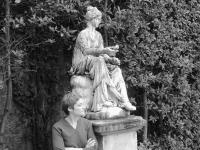 (Me in Italy, reflecting on what happens to writers who wait too long for gratification)