Lightning hit the house this week. The house is fine, although the strike practically knocked my third son off his chair and a flash of blue fire went by the window. Funny thing about a lightning strike, though; you find out exactly what has gotten accidentally unplugged from surge protectors and replugged directly into the wall. That would be…the living room TV, my third son’s computer, the DirecTV box, and the DSL router-modem. Additional victims: the transformer outside the house, and the well pump. So, no power, no Internet connection, and no water.

I spent three hours on the phone with Verizon’s pathetic imitation of a customer service department; still no DSL at the house this morning, so I’ve sent Son #2 off to Radio Shack for a DIY solution. (There might be a tiny rant about this on my Facebook and Twitter feeds.) The TV and computer together are about three dollars short of our home insurance deductible; oh, well, that’s life.

It’s annoying not to have the house Internet, and we’ll have to catch some of the London Olympics on rerun. We have generators, so apart from not being able to use the electric oven, life plodded along as usual. And Dominion Power arrived on cue the next morning to replace the transformer; a lovely sight to see at sunrise. 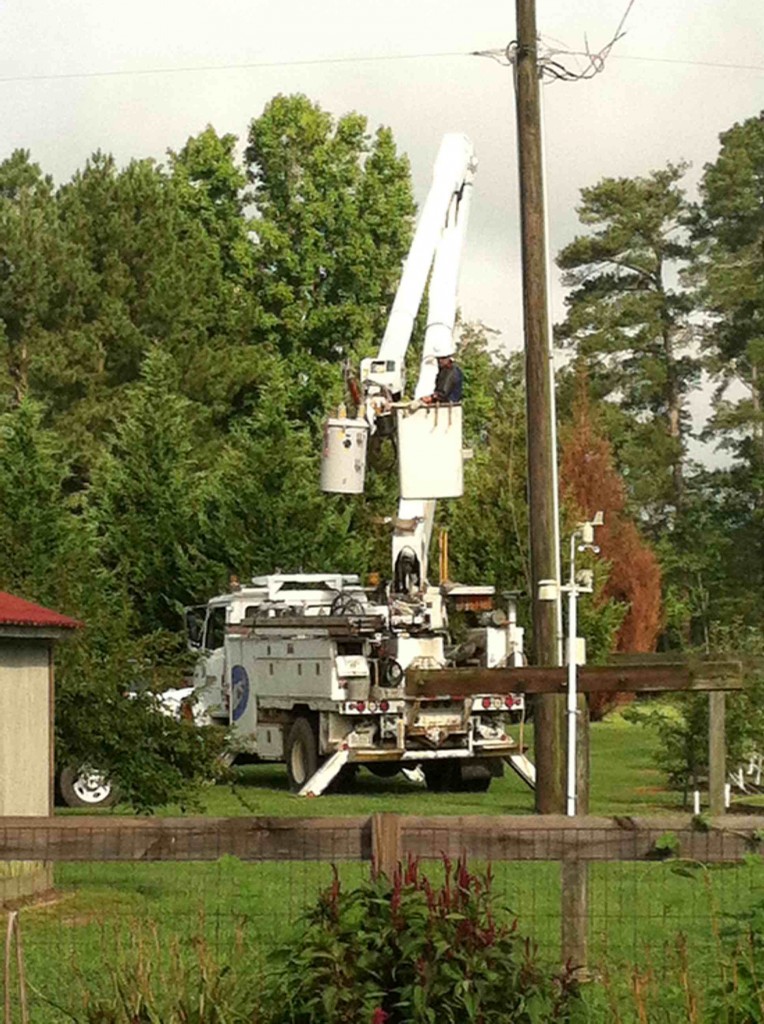 But without the well pump, there’s no water.

This turned out to be relatively tiny crisis. Gammon Well, who originally dug the well decades ago, sent a repairman out first thing the next morning. He hauled the cover off the pumphouse and said, “Do you have a fuse?” And we were good to go. (Which made me feel stupid, actually, because I know the pump has a fuse; I could have checked it the night before and popped in a new one. But after the blue fireball, my mind went straight to Toasted Pump.)

The amazing thing about this itsy-bitsy crisis is how long it took me to do everything, the night before, without running water. I hauled buckets of water in from the swimming pool to rinse the dishes and flush the toilets. I went to find water for the livestock, who kept slurping it down with total disregard for the fact that it was no longer coming out of the faucets. I scrounged bottled water to cook dinner with, make coffee, wash hands, brush teeth. And there wasn’t much, so I policed it. Funny how thirsty everyone gets when they’re only allowed half a cup of water at a time.

Running water is a brand-new development, historically speaking. My grandmother spent her youth hauling water up a hill from the river; my mother remembers her hanging out urine-soaked diapers to dry and re-use (only the really poopy ones actually got WASHED). But we have a generally reliable well-pump-generator system, so I rarely experience exactly how much time it takes to get water, and how precious it is. I was wearing a pedometer, the day of the lightning strike (my husband and I are trying to improve our everyday fitness, so we try to take 15,000 steps per day in the course of normal life). I was around 11,000 just before dinner. By the time I was done rounding up enough water to finish out the day, I was up to 23,000 steps. And I was kind of grimy and sweaty, too. But I was beat, so I settled for a bottled-water handwash and went to bed “in my muck,” as one of my cousins puts it.

Chapter Two of The History of the Ancient World begins:

Ancient peoples without deep wells, dams, or metropolitan water supplies spent a large part of their lives looking for water, finding water, hauling water, storing water, calculating how much longer they might be able to live if water were not found, and desperately praying for water to fall from the sky or well up from the earth beneath.

I wrote that, but this week, I realized how impossible it is for me to truly understand it. 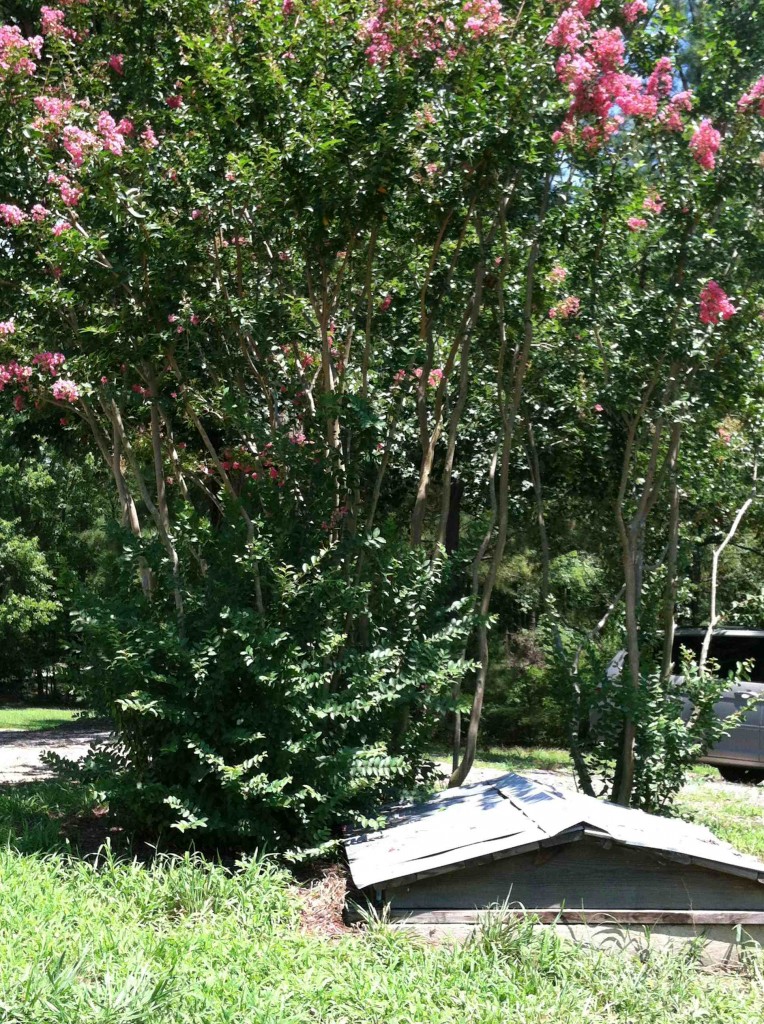