I’m actually a chapter or so into next week’s book, a set of theological essays on God and genocide called Show Them No Mercy, and I’m finding it enlightening. But I started it last week and then, for various reasons, needed a week of just plain fun reading.

So instead of finishing it, I raided the library and had myself a chick lit week. I read five novels this week (they go pretty fast): Jemima J. and Mr. Maybe, both by Jane Green; The Next Big Thing by Johanna Edwards; Glitter Baby by Susan Elizabeth Phillips; and Sushi for Beginners, by Marian Keyes. 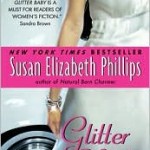 Come on, guys, what do YOU read, the adventures of Dirk Pitt? Sports Illustrated? We all need fun reading. And no one with a family and a job (which is to say, no one who works 18-hour days) picks up Proust at 11 PM to relax. I read chick lit, and I’m not embarrassed.

Well, I’m a little embarrassed, mostly because my father reads my blog.

Anyway, this was an enlightening week of reading. Two of these books were repeats; I read Jemima J. and Sushi for Beginners several years ago when I wrote a review-essay on “women’s fiction” for Books & Culture, and wanted to see how they struck me now. The other three were new.

Back then, I concluded that chick lit was as interested in food as in love, maybe more so. That obsession is alive and well. The Next Big Thing is about an obese woman who joins a reality show to lose weight and change her life, and finds love (I’ll give you a moment to recover from the shock). The heroine of Glitter Baby diets for most of her teen years and then liberates herself by gaining twenty pounds. There’s lots of calorie counting and nibbling and binging in all these books, and if you want to know what I think about it, you can read the essay.

But in this past week, what really leapt out to me was this: chick lit has no idea what to do with mothers.

I note this in passing in my earlier essay. But now I have an eight-year-old daughter, and I am astounded by how much the heroines of these novels hate their mothers. All of these women are trying to create a brand new life for themselves from scratchâ€”a good life, a satisfying lifeâ€”but this inevitably involves rejecting their mothers and the world where their mothers live. Rejecting them with loathing and scorn, too. “My mother on her own is bad enough,” scoffs Libby, the heroine of Mr. Maybe, “but with her ridiculous twittering friends it’s just a total nightmare….I want to kill them. All of them. And in my mother’s case I’d make it particularly tortuous.” Libby’s mother doesn’t understand why her daughter wants a career in PR; she just wants her daughter to get married, which Libby finds completely laughable.

Never mind that the whole books is about finding a man; no, if your mother wants it, it must be horrendous.

Chick-lit mothers come in four varieties: mothers who keep telling their daughters to lose weight, mothers who want to feed daughters who are trying to diet, mothers who try to suck their daughters back into boring drab lives, and dead mothers. All of them, except for the dead ones, spend every moment criticizing their daughters. Jemima J.’s mother tongue-lashes her about her weight until Jemima gets thin, at which point her mother calls her a scarecrow, and Jemima finally has an epiphany: â€œGod knows Iâ€™ve tried. I mean, Iâ€™ve achieved the one thing that I always thought she wanted, but no, itâ€™s still not enough, and I suddenly realize that, for whatever reasons, I will somehow never be good enough for her. I will never make her happy. I am either too fat or too thin. There is no middle ground. Nothing I every do is destined to please her.â€

Sushi for Beginnersâ€™s Lisa dreads going home: â€œWith every visit the house sheâ€™d grown up in became smaller and more shockingly dreary. In the poky little rooms crammed with dirt-cheap furniture, she felt shiny and foreign, with her false nails and glossy leather shoes. Uncomfortably aware that her handbag probably cost more than the couch she was sitting on. But though her mum and dad oohed and aahed respectfully over her fabulousness, they were fluttery-nervous around her. She should have dressed down on her visits, to try to narrow the gap. But she needed as much stuff as possible, to wear like a suit of armor, so that she couldnâ€™t be sucked back in, subsumed by her past. She hated it all, then hated herself.â€

You get the idea, so I won’t keep on quoting. All of these women are trying to create a brand new life for themselves from scratchâ€”a good life, a satisfying life, a life where they inhabit a new world. By definition, this world is the opposite to everything their mothers treasure.

I’m still trying to figure out exactly why this is. In part, it seems to be an inability to deal with aging; middle age is inevitably pictured as a time of disappointment and automatic boredom. (I’m forty and haven’t yet found this to be the case, although I have quite a bit of middle age to live through yet.)

But partly it seems to be because Mom is too powerful to fit into the new worlds these women build. She shatters them, shows them to be illusory. She has to be rejected for them to thrive. She has to disappear–and in most of these books, she does. The daughters find men, but they walk away from their mothers, and there is no resolution of difficulties, no restoration of relationship.

In the end, it wasn’t quite as relaxing a week of reading as I’d hoped. (I may need to go back to rereading Agatha Christie when I need a mental break.) But it did leave me with a deep and abiding gratitude for my own mother–who helps me teach my children, tells me that she likes my clothes, shares her books with me, and assures me that I’m doing a good job with my life when that’s what I most need to hear. 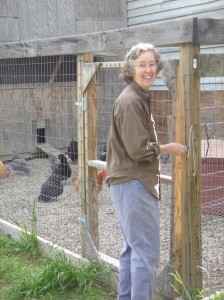 Seven degrees in the morningCoping with the farm, The raving writer
Now on the Kindle. All 800 pages of it.Production, Publicity