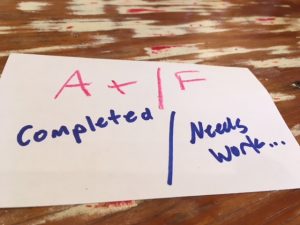 This week, the Wall Street Journal published a review-essay of Rethinking School: How to Take Charge of Your Child’s Education and a book I haven’t read yet, Bryan Caplan’s The Case Against Education. It begins…

Would-be students and their parents are rethinking the assumption that a good life is impossible without an expensive degree—not to mention the chase for college admission that begins at kindergarten if not before.

Two new books may help to let out a little more air. Bryan Caplan and Susan Wise Bauer both engage in a radical questioning of 21st-century notions about education, though they come at the subject from different angles. Mr. Caplan, an economist at George Mason University, argues that most of the value of education—especially higher education—comes from “signaling,” not from the content of learning. As a result, Americans are “overeducated,” and it’s time to stop spending so much money (both private and public) on schools. By contrast, Ms. Bauer, an educator and former professor, offers a self-help manual for making school systems “flex” to a child’s needs and even for finding a path—and rationale—for opting out entirely.

I posted the link on my Facebook page, and one parent immediately responded: “Statistically, this would tie a man or woman to much lower earning potential,” while another remarked, “It’s easy for the two college educated authors to say college isn’t necessary for all young people, which is probably true; but parents have the responsibility of preparing children to survive and thrive in the workplace and be decent people who contribute to society. Until the workplace changes, young people who aren’t prepared will find earning a living wage difficult.”

Both observations deserve discussion, but the instant response just reminded me how difficult it is to try to think ourselves out of our current artificial educational system, towards any meaningful alternative–something that came to my mind again today, when I read Mark Barnes’s “No, Students Don’t Need Grades” at Education Week.

If you’re interested in disrupting education far more than the 3-D printer or smartphone ever could, consider schools and colleges where there are no grades. Imagine classrooms where teachers never place numbers, letters, percentages, or other labels on students’ work; where report cards don’t exist; and where the GPA has gone the way of the dinosaur.

In a gradeless classroom, the perpetual lies that numbers and letters tell about learning would cease to exist. Honor and merit rolls would disappear. There would be no school valedictorian. Clubs that celebrate high performers would disband. Many colleges and universities would change how they admit incoming freshmen, and academic scholarships would need a makeover.

I’m a fan of the no-grades movement (check out the Teachers Throwing Out Grades Facebook group), but, like second-guessing the necessity of a college degree, questioning the usefulness of grades brings out a lot of fears, as Kate Stoltzfus points out:

In an education system that counts on accountability, some parents and school leaders remain skeptical of such practices, especially for middle and high school students. Their concerns are over how students will receive fair credit and how higher and continuing education programs that require a GPA will view students without one.

And yet, in the face of the fears, disruption continues: at a network of New York schools, in a national association of private high schools, in individual classrooms around the country.

I’ll be keeping a close eye on the continuing development of the no-grades movement, and the resistance to it, over the next year. If you have an interesting story to add to the discussion, post a link.