Hi. Yes, I’m still alive, even though I haven’t posted for over a week. I think I’m finally over the flu. With any luck it will be ANOTHER eleven years before I have it again.

So…things are looking up slightly here. It’s still kind of winter-grey outside, but the sky is blue, 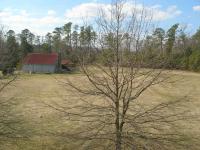 and February is over. And I know spring is coming when I can look out of the window and see Daniel sunbathing on top of the grape arbor.

I do, however, have one of my less-loved duties to finish up before next week…going through copyeditor suggestions, in this case on the confessions manuscript for Princeton University Press.

Right before a manuscript gets typeset, it goes to the copyeditor (usually a freelancer hired by the publisher), who goes through it word by word, makes sure you’ve been consistent with spelling, fixes punctuation errors, turns numbers into words where appropriate (29 vs. twenty-nine), catches errors (Roger Mudd interviewed Ted Kennedy on CBS, not NBC), and makes sure that your bibliography is properly formatted. In my case, the copyeditor also changes all my whiches to thats. I am a grammar fiend, but I have a block about restrictive and non-restrictive clauses. The explanation as to when you use which as opposed to that has never made any sense to me.

I’m grateful for all of that…but sometimes there’s a fine line between correcting mistakes and rewriting someone else’s perfectly acceptable prose in the way that YOU would write it if it were YOUR book. This time around, I’m spending an awful lot of time writing STET (which is copyeditor-speak for LEAVE IT THE WAY I ORIGINALLY WROTE IT BECAUSE I LIKE IT THAT WAY) over top of the copyeditor’s changes.

I’m wondering if part of the problem is Princeton’s status as a university press…I tend to write informally, in what I flatter myself is a readable style, and the copyeditor (who is very conscientious and has corrected ALL of my restrictive/non-restrictive clause problems) has been re-stiffening a lot of my sentences. The copyeditor, I should make clear, is NOT a Princeton editor but rather a freelancer (as almost all copyeditors now are). But perhaps the knowledge that the editing is being done for a scholarly publisher is affecting the copyeditor’s approach?

One example among many:

I wrote, about Aimee Semple McPherson’s own account of her supposed kidnapping, “The account highlighted her essential vulnerability and weakness–largely by positioning her alongside the popular suffragists of the early twentieth century.”

The copyeditor changed it to, “The account highlighted her essential vulnerability and weakness–largely by accentuating those qualities in a manner that might put her in league with the suffragists, who were immensely popular in the early twentieth century.”

Er…nope. That’s not changing a mistake; that’s rewriting prose style. Most of the changes also add words, which I don’t like. Never use ten words if five words will do.

So I’ve spent a whole lot of time writing STET on this manuscript. 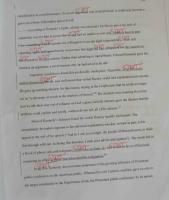