I’m halfway through reading The Courage to Write: How Writers Transcend Fear, by Ralph Keyes.

For me, reading “how to write” books is more of a stalling technique than anything else. Generally speaking, I know perfectly well what I’m supposed to be doing with the current manuscript, I just don’t want to do it. Reading about writing is a relatively guilt-free way of putting off writing. 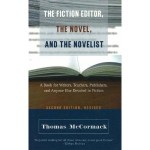 Usually, I get out of these books exactly what I deserve, which is nothing at all. But there have been a few exceptions (Thomas McCormack’s The Fiction Editor, the Novel, and the Novelist stands out).

The Courage to Write is shaping up to be another exception. The first half of the book has forced me rethink my approach to writing, in a way I’ll tackle in a future blog post (sooner rather than later, I hope). But let me start with an excerpt from a later chapter–one about bad writing.

When the English writer Douglas Jerrold was sent an advance copy of Robert Browning’s poem Sordello, he read the poem eagerly, only to realize that it made no sense to him. “Oh, God, I am an idiot,” Jerrold told himself.

But the problem, Keyes points out, wasn’t actually Jerrold’s brain.

When members of the London Poetry Society asked Brwoning to interpret a particularly difficult passage of Sordello, he read it twice, frowned, then admitted, “When I wrote that, God and I knew what I meant, but now God alone knows.”

Douglas Jerrold’s reaction rang a highly personal bell. A month or so ago, I acted as outside reader for an article in a scholarly journal. If you’re not part of the academic community (not that there’s anything wrong with that, believe me), a scholarly journal is one in which the articles are “peer reviewed,” read by other academics to determine whether or not they fall within the broad boundaries of “not insane” as understood by other academics. It’s not a perfect system, but any peer-reviewed article has been read by at least three other scholars–probably from different disciplines–and has been passed as meeting the very basic requirements of scholarly discourse.

Which is to say, the article doesn’t scoff at anyone who disagrees with its theories as “personally involved” or “emotionally committed” to another interpretation. Or blame opposing theories on stupidity, malevolence, or sin. Or propose an interpretation that no one else under the sun has ever suggested before. (This is a bit of a tricky criteria, but generally, if an author proposes a theory that NO OTHER THINKER has ever come up with, and that EVERY OTHER AUTHORITY is in disagreement with…you should be cautious.)

More on those criteria later. The point here is that the scholarly article I reviewed did not violate any of these criteria. But I couldn’t READ the thing. It was so filled with jargon and five-syllable words that I couldn’t quite figure out what the author was getting at.

Finally, I wrote a report on the article that said, essentially, “I think the writer has some good ideas, worth developing. But I recommend against publishing it unless she can write it in English.”

This took more courage than I expected.

Now, I’m a fairly well-read person. I did, after all, manage to earn a Ph.D., which involved not just reading but also understanding–and being able to talk about–an extensive and fairly technical list of books.

But I had a hard time convincing myself that the problem with the article was with the prose, rather than with my brain.

So what does Ralph Keyes say about this?

Rather than risk sounding dense, readers, colleagues, and critics who can’t figure out what a writer is trying to say but think it sounds intelligent will typically resort to calling such work “daring,” “provocative,” or “complex.” An unholy alliance of writers and readers is at work here. Should anyone dare to raise questions about her hard-to-grasp writing, the author can brush these responses aside by saying that the person “missed the point”….This shifts the focus from the author’s writing to the reader’s intellect…

Bad writers can usually do better; they simply prefer not to. Most function in settings where plain talk not only isn’t encouraged, but is actively discouraged. Far from fostering clarity, the average bureaucracy, corporation, or educational institution rewards obscurity. It does this in ways that make sense only to members of that organization.

Keyes calls “hard-to-grasp writing”–filled with obfuscation and turgidity–neotribal prose, “filled with words and phrases that are comprehensible only to insiders.”

Outsiders don’t get it. That’s the whole idea. Regular use of insider words confirms and reconfirms that one belongs to a group whose members do get it.

When you blow the whistle on bad writing, you not only risk sounding stupid (as Douglas Jerrold admitted), you also admit that you’re not part of the tribe.

Keyes ends his discussion of turgid writing with this anecdote:

According to Professor J. Scott Armstrong of the University of Pennsylvania, among academics, “obtuse writing…seems to yield higher prestige for the author.” Armstrong has conducted a number of studies to test this hypothesis. In one, he asked twenty management professors to identify the more prestigious of two unidentified journals presented to them. The more readable journal…was judged the least prestigious. In another experiment, Armstrong rewrote the same journal article in two different forms. One he rated confusing and convoluted, the other concise and clear. A panel of thirty-two professors agreed that the confusing version reported a higher level of research.