I’m back from my off-the-grid Christmas week. Much more rested, ready to get back to work, and…er…five pounds heavier. It is just cosmically unfair that it’s even POSSIBLE to gain five pounds in a single week. I mean, there were the home-made sticky buns, and the cookies (pecan balls and peanut blossoms and sugar cookies and gingerbread and spritz) and the pies (chocolate chess and lemon and pumpkin and buttermilk and cherry) , and the lobster (with roast potatoes and drawn butter) and prime rib (with Yorkshire pudding) Boxing Day dinner, and…

OK, I guess the five pounds isn’t really that unfair. It was a good week.

Anyway, I’m signing back on to tell you about the Tournament of Reading at Medieval Bookworm. Here’s the description:

This challenge is designed to get us all reading a little more medieval literature in 2010. The challenge will run from January 1st to December 31st, 2010, and will be hosted right here at Medieval Bookworm. Challenge genres include history, medieval literature, and historical fiction. Medieval, for simplicity of definition, will be from 500-1500, and literature from all over the world is welcome, not just western Europe. There are 3 levels:

You can sign up at Medieval Bookworm. And–wait for it–I’ve got a suggestion about what you can read! 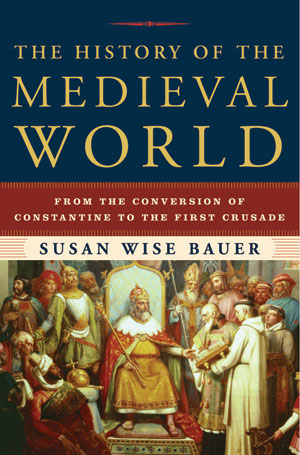