I’m back from the U.K., sitting in the Continental lounge at Newark, desperately hoping that my connecting flight to Richmond will indeed TAKE OFF at some point. I meant to post again while I was in England, but what with one thing and another (“another” being spotty internet connections–“Oh,” says the charming young receptionist at the Cotswold Lodge in Oxford, “I’m afraid our broadband doesn’t work with American computers. We’re not really sure why”), I didn’t get to it.

So, to sum up: Did two interviews on the BBC (see below) and one with an Irish radio station that called me at our London hotel. Then, on Thursday, I lectured at the RSA, which is a sort of public think-tank–it has a roster of members who gather at lunchtime to hear a lecture and discuss the topic. They’ve had some very distinguished speakers, so it was an honor to be invited. (Also, they taped it for a webcast, which will eventually be up here–I’ll try to let you know when/if it makes it to the website.)

The hosts had decided to get in a U.K. speaker as well to do a response, since the phenomenon I describe in The Art of the Public Grovel is peculiarly American. The speaker they convinced to come in was Jonathan Aitken, a former Member of Parliament who went to jail for perjury in 1999 and has since gotten a seminary degree and now works with Prison Fellowship International. 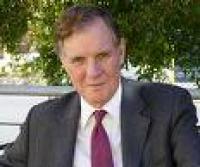 He called the book “deeply cynical and judgmental”; as a man who has himself gone through the cycle of confession and redemption, he obviously took my thesis very personally.

I actually don’t have any trouble with the first part of the charge. The book is cynical, in that I think the confessions were carefully planned and scripted. I don’t think they were spontaneous. So I plead guilty. My sense is that in most cases, the initial reaction of any of these men was the genuine one, and that reaction was inevitably, “It wasn’t me! I didn’t do it!” Not until the spin doctors, lawyers, and speechwriters had had a crack at them do they come out with the beautifully scripted confession.

But I do object to the second accusation. I make no judgment as to whether or not, in the long run, any of these men sincerely repented. Jonathan Aitken accused me, essentially, of trying to “open a window into men’s souls” and evaluate the motivations of their hearts. In fact I tried very hard not to do this. I made no judgments as to sincerity in the book; it is a study of the content of their speeches and the effect on the audience, which is an objective evaluation.

In any case, I am sorry he thought so badly of me. He is clearly a man of Christian conviction, and I think he probably chalked me up as the enemy.

After the RSA, the rest of the trip was all fun. Thursday night, we went to see Kenneth Branagh in Ivanov–an absolutely devastating portrayal of depression (OK, that may not sound like “fun,” but it was Kenneth Branagh and he was thirty feet away).

Friday through Sunday morning we spent in Oxford, where I worked at the Bodleian while Mel toured, and where we spent every night eating good food with one of my favorite people.