For those of you who aren’t familiar with the pre-publication process, “bound galleys” are the first-pass typeset pages of a book (“first-pass” means straight off the typesetter’s computer, pre-proofreading, pre-correction), bound with soft covers and sent out to reviewers so that they have plenty of time to see the book before publication date.

Receiving bound galleys is a mixed experience. It’s reassuring to see that the manuscript you’ve been laboring over is beginning to assume final shape. But…because bound galleys are uncorrected, there are always massive mistakes in them, and reviewers are looking at those mistakes.

This is a traditional part of the publication process, so responsible reviewers never point out typos and technical mistakes in their reviews; the assumption is that those mistakes will have been corrected in the final book. And, in fact, every bound galley says on it somewhere, “ADVANCE UNCORRECTED PROOF. Please do not quote for publication without checking against the finished book.” (Although I suspect most reviewers don’t bother.)

In a lot of ways, these bound galleys are much cleaner than others I’ve seen. The timelines were in good shape, most of the maps and graphics were properly set, and there were no more than the usual number of dropped lines, skipped pages, missed corrections, and general flub-ups.

There were, though, two mistakes–both of which have now been corrected and will not appear in the final book–that caused me to bang my head against the nearest hard surface.

The first was (sigh) the cover. Here’s the cover… 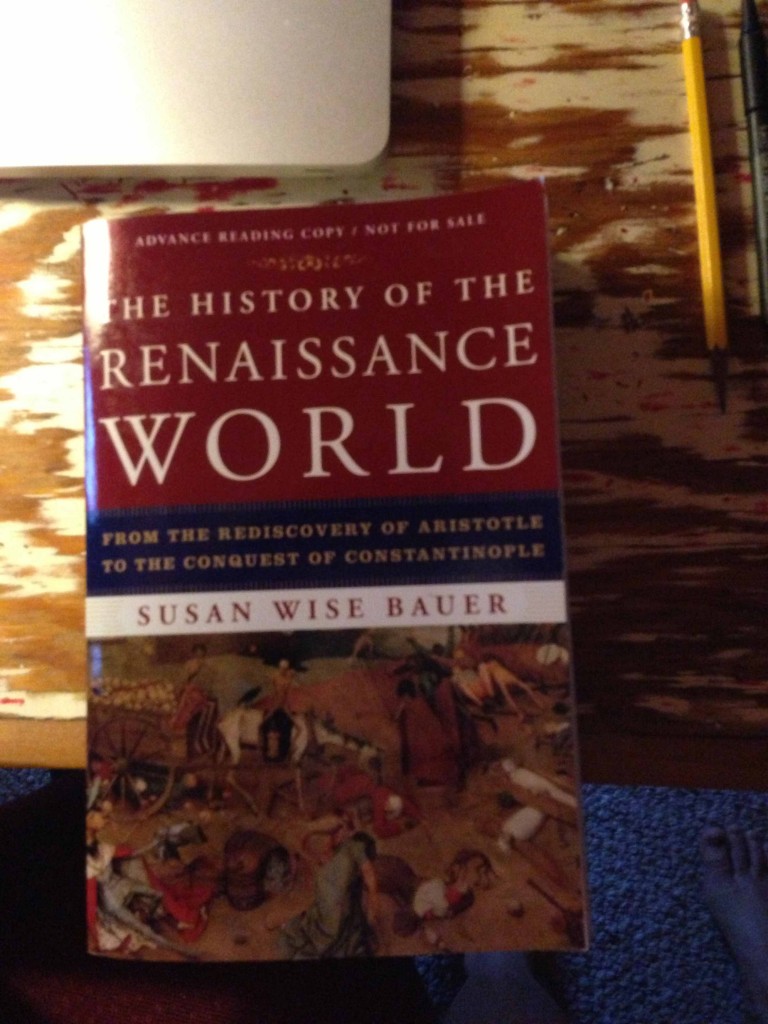 Does that look familiar to you? It ought to–it’s the color scheme for the History of the Medieval World, just reversed. This color scheme was floated early on in the design process and I asked for it to be changed because it was far too close to the previous volume. The designer agreed and offered a different, much superior color scheme, which is in fact the picture on the back cover of the very same bound galley: 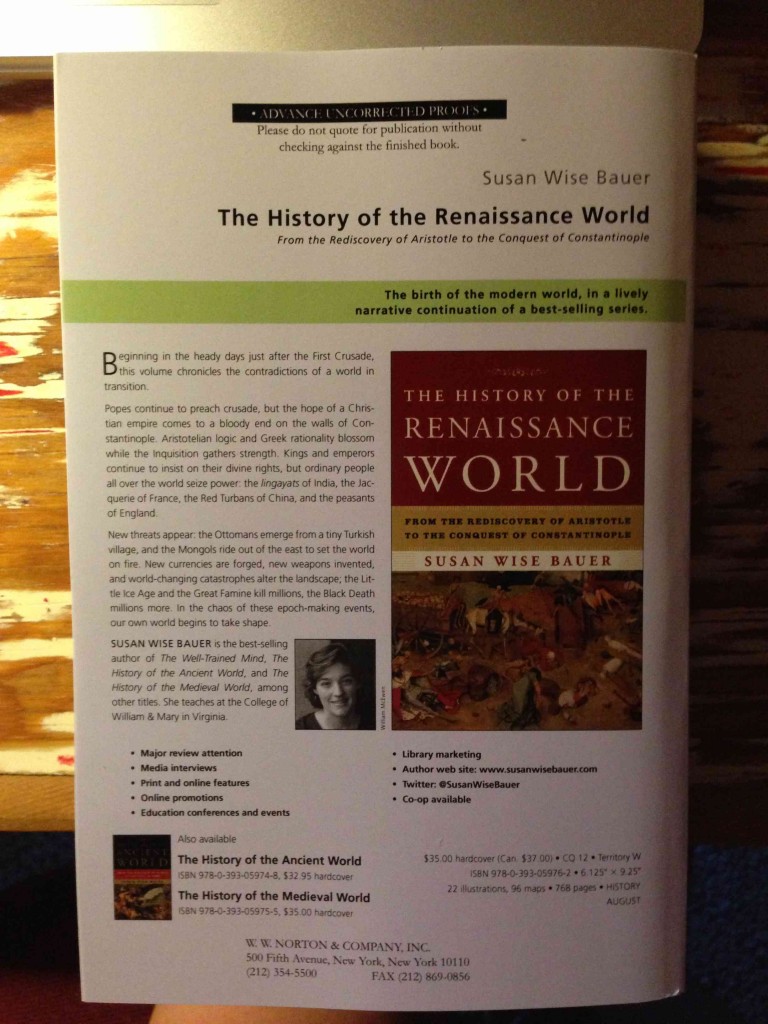 Somehow, the wrong version of the cover got sent out the door on this galley. Which just bugs me.

The second mistake…well, I named the first section of the book “Renaissances.” The plural was intentional. As the section makes clear, there is more than one “renaissance.” The typesetter then placed the title on every other page of the first section as a running head. Like this. 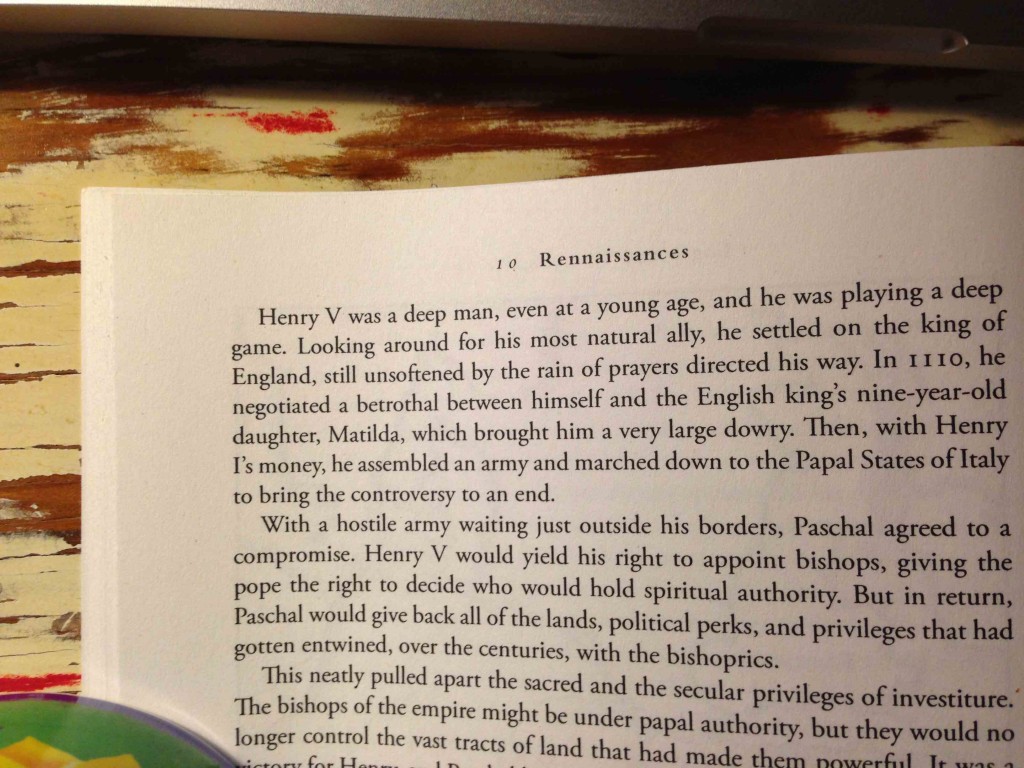 However…having said that, if you’ll ignore the misspellings and the miscovering, the rest of it is pretty darn good. So I’m going to give away two copies of the galleys to my readers. If you’d like one, post a message here, and next week I’ll draw two names at random.

(To get you enthusiastic about what you’ll be reading, I’ve posted the table of contents right here: Final TOC Click on it for the PDF!)

UPDATE: So many of you are interested (thanks!) that I’ll give away three copies instead! I’ll close comments at 8 AM on Monday, May 27th, and announce the winners on Tuesday.