What an odd show this year.

We had a number of good conversations, but although Peace Hill Press is having its best year ever, BookExpo was sloooowww. (If you’re interested in comparisons, see my posts about BookExpo in 2009, 2008, 2007, and 2006.)

There were way fewer crazies in the aisles this year. No writer-seeking-a-publisher with a toilet seat on his head, no dancers high-kicking through the aisles, no publicist dressed up like God. (Yeah, that was in 2007, as I recall.) And no Stormtroopers. Every single year I’ve been at BookExpo, there have been Stormtroopers.

This year, we had this guy (here hugging my conference manager). I don’t know who he is. 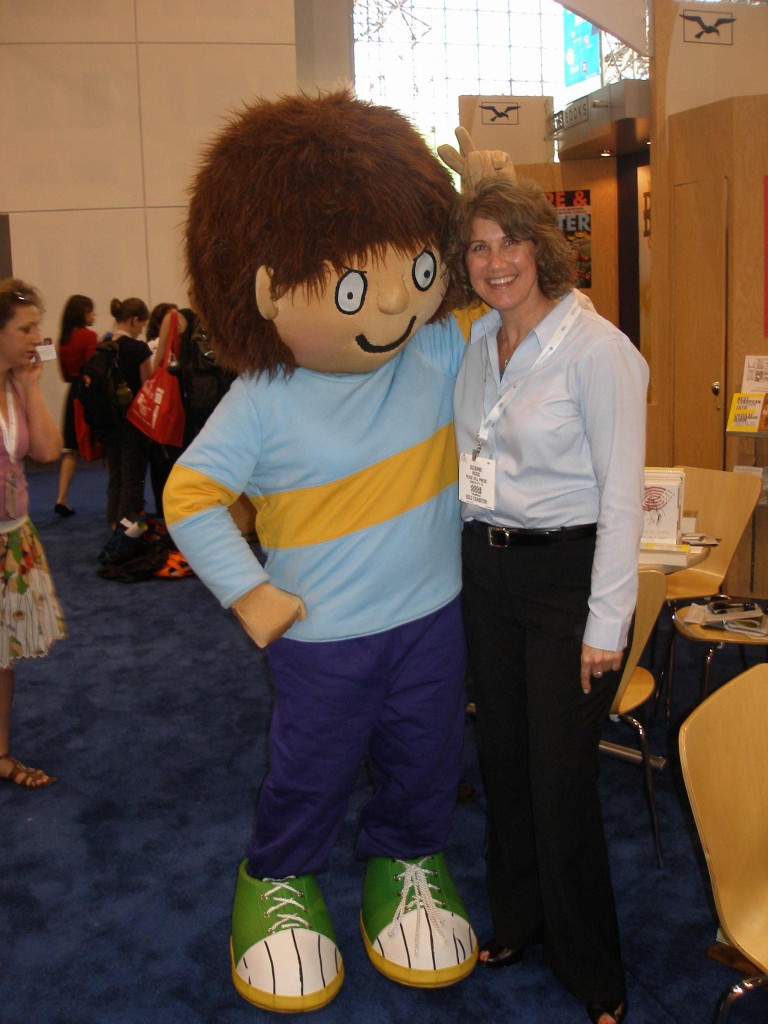 There were times when the aisles were full. 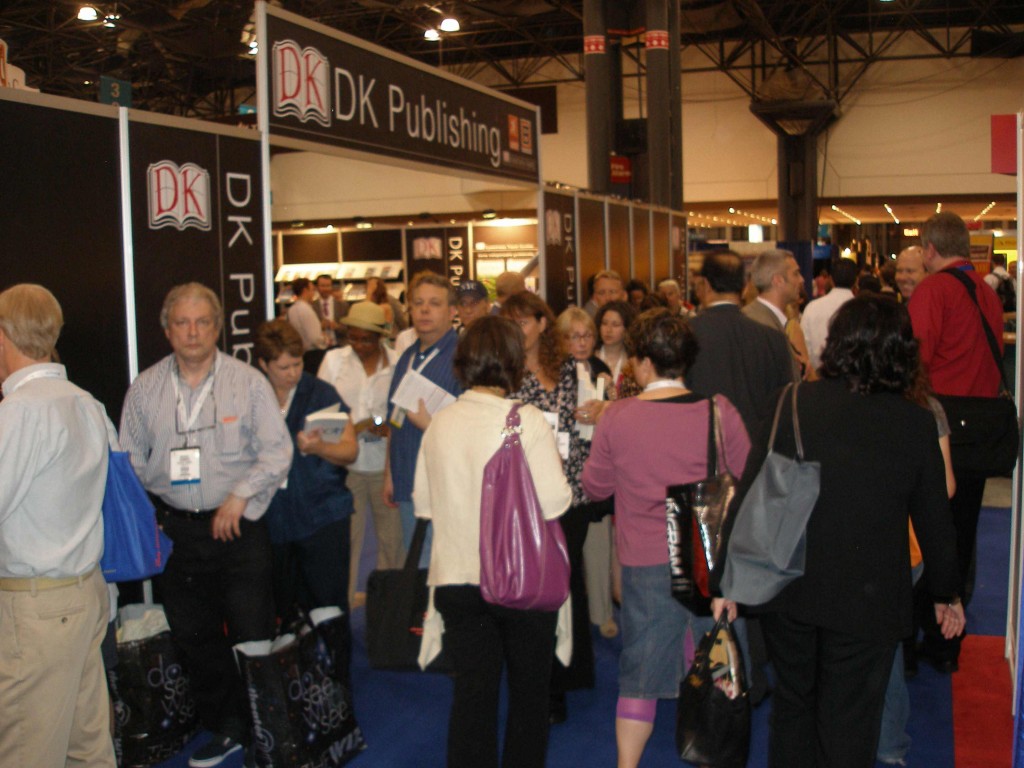 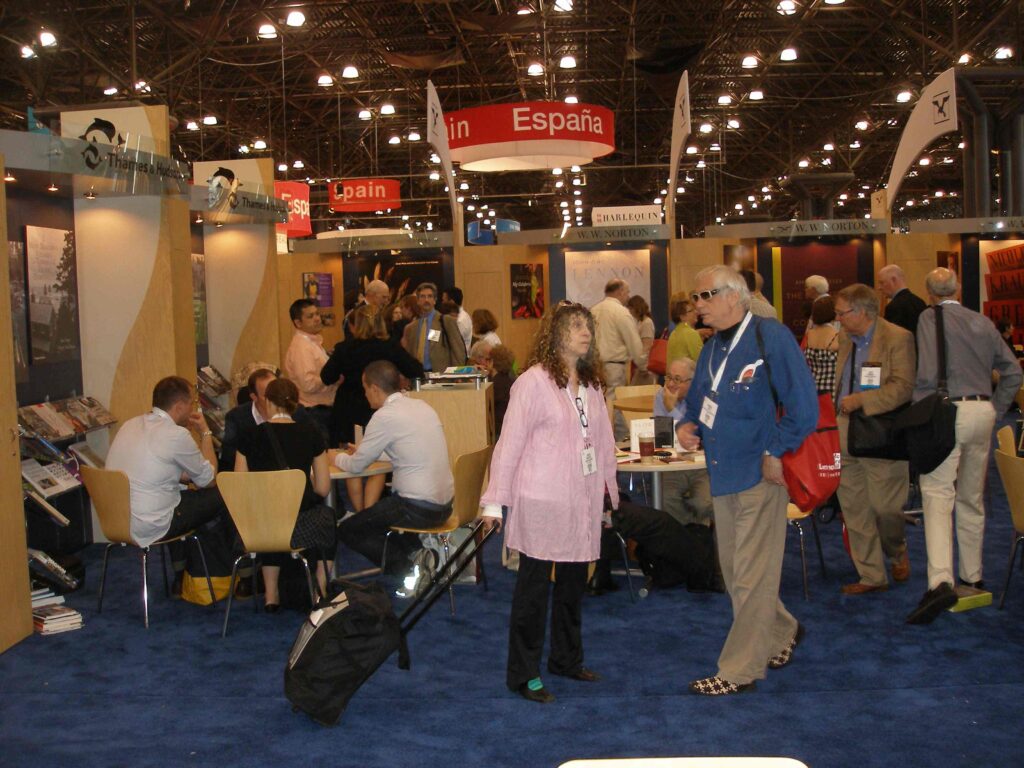 On the other hand, we had a hugely popular giveaway: globe beach balls with “The Story of the World” printed on them. 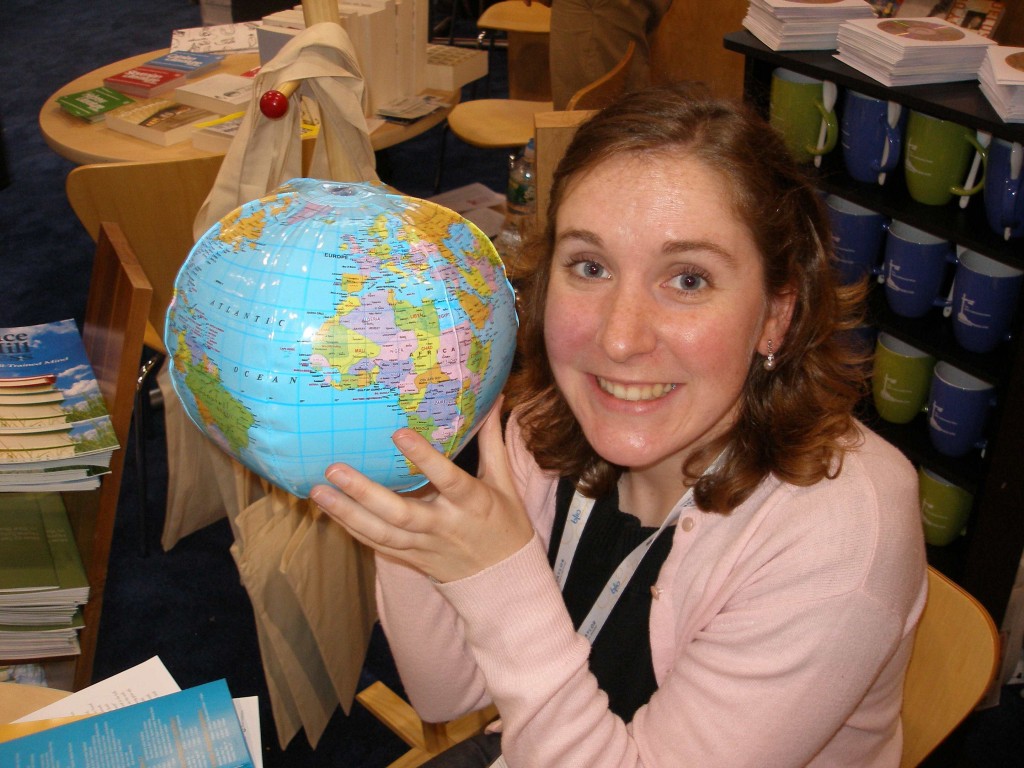 Still trying to figure out if it was worth the time and expense. (Although we’ve already committed to 2011, since we had to make a decision about 2011 last week. The book business is weird.)

BookExpo Day #1: Setting upPublicity
AudioFile review of The History of the Medieval WorldPublicity