I’ve been on a random fiction jag for the last few weeks; I’m reading so much Renaissance history that I feel the need to balance out my mental diet with a side dish of stories. I can’t say there’s been any real plan in my novel-grabbing; I did a pass through the Williamsburg library, grabbing titles that looked intriguing, and another through the bookstore to pick up a few new novels by authors I’ve liked in the past.

Overall, this method was a disappointment. Either that, or I’m becoming crusty and impossible to please. Anyway, here’s the rundown; not a complete waste of time, but nothing really wowed me either. 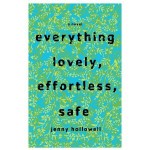 I picked this up because I saw it reviewed in the New York Times and was intrigued by the premise: evangelical pastor’s wife from Virginia walks out on her family and goes to Hollywood to try to make it as a movie star. (No, there’s no wish fulfillment there. Have no desire to leave Virginia and start second career in L.A. Have no desire to ever visit L.A. again, actually.) I was hoping for an interesting exploration of how an evangelical upbringing affects you/stays with you/changes you. In that I was entirely disappointed. If the author hadn’t told me, I’d never have known that the heroine (whose name is Birdie, by the way–a little bit of local-color overkill, if you ask me) had any evangelical background at all. The characterization was flat and lifeless; not a single habit of thought echoed any evangelical influence, or struggled with what had been left behind. If you want to read a marvellous portrayal of a woman who walks out, skip this one and go for Anne Tyler’s Ladder of Years. 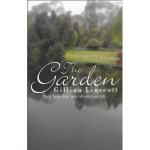 Innocuous and pleasant entertainment. Saw me off to sleep for three or four nights in a row. Some nice descriptive writing, a mystery with a solution that’s completely obvious by midpoint, mildly likeable characters. Not a waste of time, but doesn’t inspire me to run out and find the author’s other books.

The divided grade is because I turned the last page and was taken aback to find that the book was over. I mean, it just ended. Not as in: Ah, the author is making a conscious choice to demonstrate a truth by not wrapping up his plot. (If you want to see this done well, try A. S. Byatt’s Still Life.) More like: The author got tired of writing and stood up from his desk and never came back. So the D is for Lodge’s complete failure to set up any sort of conclusion.

Other than that, well worth reading. David Lodge isn’t everyone’s cup of Earl Grey, but I’m a fan (I like all of his novels about ineffective academics) and I thought that this novel succeeded brilliantly at letting us into a world of diminishing hearing. 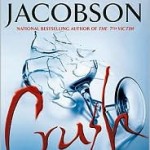 Every once in a while, for some inexplicable reason, I decide to read a thriller. I’m almost always bored. Nothing wrong with this book, I just didn’t care. Also I was unconvinced by the tough-girl heroine; Karen Vail seemed like a guy pretending to be a girl. That might be my problem. Or it might be Alan Jacobson’s writing.

Emily Giffin, Heart of the Matter and Love the One You’re With 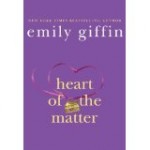 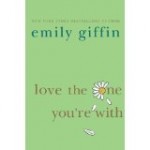 Grades: B- for both

If I’m going to read escapist fluff (and EVERYONE should make time to read some escapist fluff), I’d rather read chick lit than thrillers. Here’s the problem with Emily Giffin’s two latest books: She’s trying to grow up, out of the world of Something Borrowed and Something Blue and into a world of adult commitments and problems, but her writing hasn’t quite matured along with her. Both of these novels deal with marriages; in one, a woman has to decide whether to stay with her husband or throw her lot in with a magnetically attractive and newly-reappeared ex-boyfriend; in the other, we see the temptation to infidelity from both sides.

Here’s the problem: You end up rooting for the wrong couples, both times. I’m kind of embarrassed to say that I really wanted the heroine of Love the One You’re With to end up with the boyfriend. (He was a lot more interesting than her husband; what can I say?) And the cheating couple in Heart of the Matter were so charming with each other that I kind of hoped they’d run off together and start a new life.

I’m hoping for better luck with my next stack of books, which includes a number of recommendations from friends. Will report back.