We’re on Dan’s birthday trip; he wanted to see Italy and Greece (I guess some of that classical education penetrated the neurocranium) and so we’ve planned to divide the trip into three: Venice, Rome, Athens.

Venice is IMPOSSIBLE to navigate. You just have to stare at the sky, keep walking, and hope you run into 1) the railway station, 2) the Grand Canal, or 3) a church big enough to be on your totally inadequate but picturesque map. A good part of our four days in Venice has been spent peering around corners looking for signs that say “Alla Ferrovia” (that takes you to the railway station) or “Per Rialto” (those roads lead to the biggest bridge across the Grand Canal). Unfortunately many of the signs are gone and have been replaced by placards which may or may not be pointing in the correct direction, depending on whether they’ve been pinned up by an Actual Authority or by someone with nothing better to do at 2 AM.

Like the roads, our trip to Venice has had no particular narrative; it’s been more like a series of vivid images. Venetian history, which I’ve been working on as part of Volume 3 of the History of the Entire World, is a little like that too.

So here are a series of images.

The view from our lunch table yesterday, 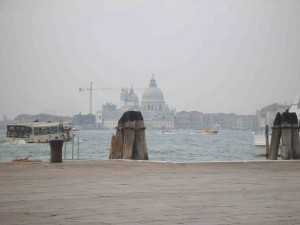 and from our lunch table today. 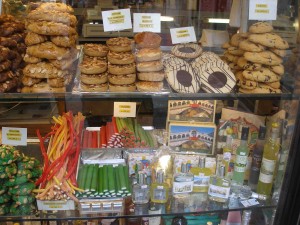 Dan after the opera–La Traviata at the Opera House–having scored a piece of chocolate cake from a cafe just about to close its doors. The opera made him hungry; they had pity. 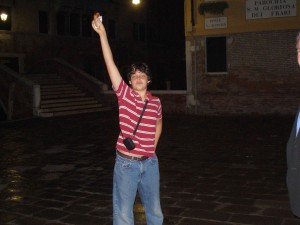 Dan, budding violinist, on the trail of Vivaldi. 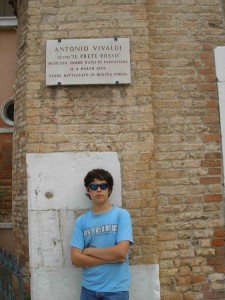 The weirdness of discovering that the trees and shrubs of Venice are almost identical to the ones at home. Here’s a magnolia, 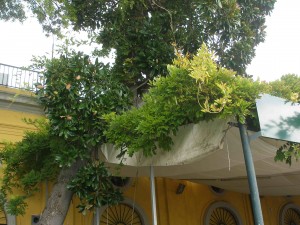 and we spotted holly, cedars, Virginia creeper, chaste tree, and this trumpet vine, which just proves that my mother was right all along, and if you don’t pull them up they’ll take over the world. 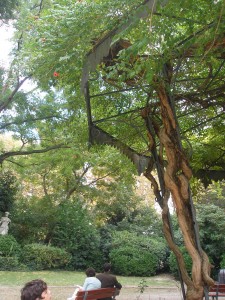 And speaking of the missing narrative…we wrapped our visit to Venice up with a trip to the international architectural festival which happened to be taking place this week. I struggled with this. Dan’s interested in architecture; it’s not my language. The exhibits were largely mute to me, even when I was trying very hard to hear. 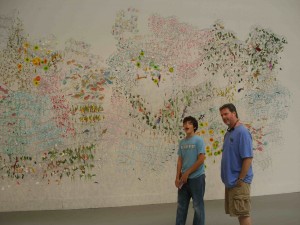 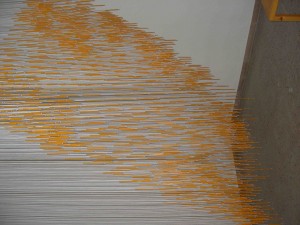 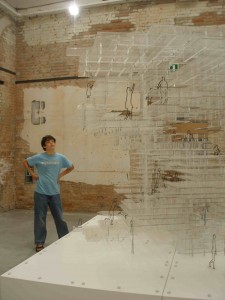 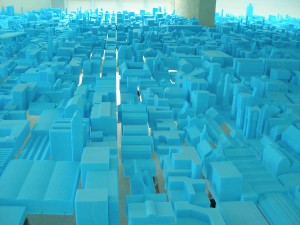