Told in the straightforward, engaging style that has become Susan Wise Bauer’s trademark, The Story of the World covers the sweep of human history from ancient times until the present. Africa, China, Europe, the Americas–find out what happened around the world in the centuries before our own. This read-aloud series is designed for parents to share with elementary-school children, or for older readers to enjoy alone. Introduce your child to the marvelous story of the world’s civilizations!

Over a million copies in print!

Volume One: Ancient Times: from the Earliest Nomads to the Last Roman Emperor (revised edition, 2007) This first volume brings to life the ancient civilizations of Sumer, China, Egypt, Mohenjo-Daro, Greece, Persia, Rome, and more. Includes the author’s retelling of the great myths and religions of each culture. Maps, timelines, and illustrations provide context and detail.

Volume Two: The Middle Ages: from the Fall of Rome to the Rise of the Renaissance (revised edition, 2007)   Knights and castles; the Maya and the Aztecs; the rise of Islam and the Crusades; Joan of Arc, Mansa Musa, Galileo, Martin Luther, and Magellan. This volume is jam-packed with unforgettable characters and stories. Includes illustrations, maps, timelines, and a pronunciation guide.

Volume Three: Early Modern Times: from Elizabeth the First to the Forty-Niners  Clearly and grippingly narrates the exploration and colonization of the Americas, including the Native American response to the newcomers; the Scientific Revolution in Europe; the birth and expansion of the United States, slavery and the efforts to end it; and much more. Includes maps and illustrations.

Volume Four: The Modern Age: from Victoria’s Empire to the End of the USSR The final volume helps readers understand the American Civil War, the rapid growth of technologies such as the railroad and electricity; new movements for freedom in Africa and Asia; the Space Race; the Cold War and its conclusion, and people as varied as Gandhi, Hitler, Evita Peron, and Martin Luther King. Includes maps and illustrations.

Use alone, or combine with the curriculum guides and tests for a complete elementary history/literature/geography program.

“If you love history and want to convey that love to your children, these books are indispensable.” –The Old Schoolhouse Magazine 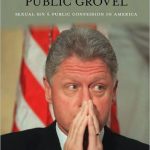 The Art of the Public Grovel: Sexual Sin and Public Confession in America 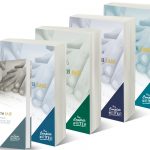