Conference season has now officially begun! I took off last Thursday to speak at a convention on Long Island (my first time there!), and although I intended to take pictures while I was there, I was lucky to get through it alive. I had a bad cold the day I left and then did a keynote address and four workshops, plus talking to a lot of people at the table afterwards…and almost completely lost my voice. So the only picture I have is the one that my conference manager Suzanne took, of me wilting into my chair at the end of the day. 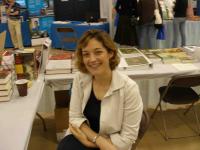 Afterwards I turned my hotel room into a steam bath (I turned the thermostat off and the shower on) and slept for half a day. Thanks to the steam and emergency antibiotics, I got up feeling a lot better–which was a relief because we had planned to go to Manhattan afterwards and spend a couple of days; Suzanne’s never been to New York City.

So off we went. I met up with my editor at Norton and also my agent, and looked up a couple of books at the New York Public Library. (One of the challenges of writing the History of the Medieval World is that I keep searching on WorldCat for books and getting the message: “There are two copies of this book. One is in Stuttgart and the other is in the New York Public Library.”)

Then we did the tourist thing. 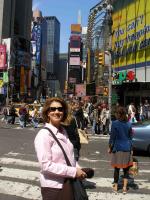 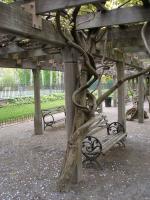 (The wisteria in Central Park) 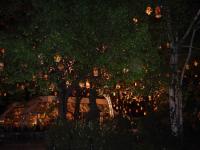 (Lanterns and fairy lights in Central Park at night) 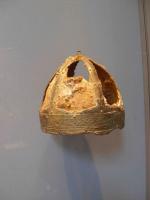 (An Ostrogoth helmet at the Metropolitan Museum of Art. Hey, I found it exciting.)

We’re on our way back home now, so I’ll post a little later in the week with book updates. In the meantime–you can now check out the Art of the Public Grovel on Amazon.